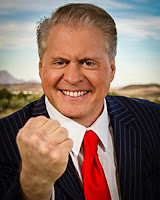 Wayne Allyn Root has been branded by media across the globe as “the Capitalist Evangelist.” A former Libertarian Vice Presidential nominee, Wayne is a fierce, enthusiastic and relentless defender of Reagan conservatism, Libertarianism, economic freedom and capitalism.

He is both a political and business personality in the national media. He is known for his fiery personality and unmatched levels of energy.

Wayne is the author of three national best-selling conservative books- including the #1 bestseller in bookstores “The Ultimate Obama Survival Guide.” His other hit political books include, “The Murder of the Middle Class,” “Millionaire Republican,” and “The Conscience of a Libertarian.”

Wayne’s national TV show “War Now” The Wayne Allyn Root show is on 5days a week on Newsmax TV. His national radio talk show is on USA Radio.  He is also one of the most popular syndicated columnists in the conservative world- with millions of readers at sites like FoxNews, TheBlaze, TownHall, Breitbart, PersonalLiberty and DailyCaller. His columns often appear at The Washington Times.

Wayne never stops moving. He is in motion 24/7/365 days per year. He is quite simply…RELENTLESS!

Posted by SCS Conservatives Club at 8:33 AM 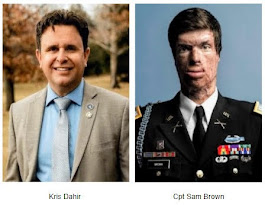