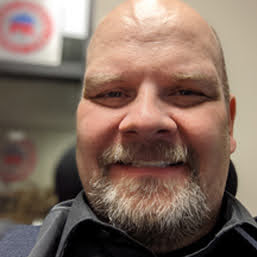 Richard Mclean, Political Director with CCRP,  to talk about NV legislative session and issues, and how we can get involved.

Originally from California, Richard worked in the Information Technology industry including a tenure of over twelve years as the Director of Information Technology for the America’s for Hitachi. In that position Richard had over 1,000 direct reports including I.T. Departments spanning the Western Hemisphere and over 400 divisions within the U.S. alone.

With degrees in Information Technology and Political Science, Richard has always split his time between work in technology and politics. Richard has worked campaigns ranging in size from City Council to Statewide races including the re-elect of two Congressmen, two Mayoral races, two City Council races, and a County Supervisor race. He also worked as a speechwriter for two members of the Los Angeles County Board of Supervisors.

After moving to Las Vegas in 2008, Richard has staffed Senate, Congressional, and Assembly races in the capacities of Data Director, Director of Communications, and Campaign Manager.

During the past eighteen months, Richard has worked with the Clark County Republican Party as Data Director and Chief of Staff. This past November, Richard was elected Political Director, but also retains the position of Chief of Staff.

Video for discussion will be America’s Biggest Issues.  Conservativsm vs Progressivism


Virtual Meetings is inviting you to a scheduled Zoom meeting.
Time: Mar 18, 2021 06:30 PM Pacific Time (US and Canada)
Online
Posted by SCS Conservatives Club at 9:53 AM