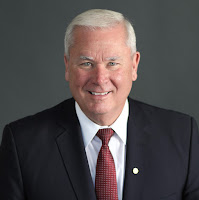 Mark Robertson served in the Army for 30 years. He enlisted as a Private at age 17 and retired as a Colonel. He swore an oath to “support and defend” the Constitution-- an oath he still honors today. He has deployed to 10 foreign countries, including combat tours in Afghanistan, Iraq, and Kuwait. In 2007, he deployed to Iraq with his oldest son. As our country faces a crisis of leadership and geo-political upheaval, Mark can provide the experience and strength we need in Washington DC.

Mark is the only candidate for CD-3 who has lived in the district since before it was even formed. Mark owned a business in CD-3.  He and his wife Lesly raised their family in CD-3.  They shop, worship, work and play in CD-3. His kids and grandkids live in CD-3. Mark will be accountable to the people he represents because they are his friends and his neighbors.

Mark has an MBA in finance and worked for 20 years as a financial planner. He understands how the economy works and knows how to balance a budget. In this era of government over-spending and inflation, he is a fiscal conservative who will demand accountability and only support programs that pave the way for prosperity for the Americans he represents.

Mark stands for the flag because he knows what it means to the people who have given their lives for it. He will defend the Constitution against all enemies—foreign and domestic. He will protect our conservative values and put Americans first. He fought for us overseas and he stands ready to fight for us in Washington DC. 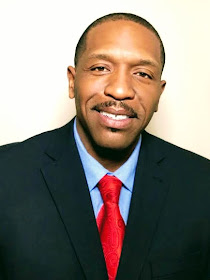 Tony Lane was born and raised in Philadelphia, PA. His mother Diane and grandmother Myla instilled in him a hard work ethic and always encouraged him to chase his dreams. Tony played basketball in the Police Athletic League and Sunny Hill Basketball League throughout his high school years, which opened up recruitment opportunities by colleges across America.

After high school, he went on to play at Kilgore Junior College in East Texas. At the end of his successful junior college career,  UNLV head coach Bill Bayno recruited him, and he became a Running Rebel with a full athletic scholarship.  While at UNLV, Tony excelled at the power forward position and graduated with a degree in criminal justice. Tony is grateful for all of the great coaches and mentors he had in his playing career; they helped shape the man he is today.

After college, Tony pursued a professional basketball career in Europe and South America, playing in Cyprus, Lebanon, Argentina, Uruguay, and Mexico. After his basketball career ended in 2006, he began pursuing his passion for making short films, he started his business career, and coaching youth basketball which he still does today. He is currently the coach of Desert Valley Prep here in Las Vegas.

Tony is running for Congress because he feels there is a lack of leadership that our youth can look up to. Kids are not in school and too many of their parents are out of work. He wants to give the next generation of Nevadans hope for their future and inspire them to chase their dreams.   Tony will be a voice for everyone in Nevada's 4th Congressional District.

Posted by SCS Conservatives Club at 7:55 AM