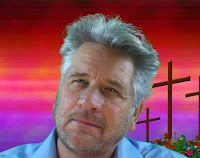 First, what Jim is doing today is something God put on his heart over 20 years ago. Has been an active member of Corner Stone since its inception.  Was a high school sports official for over 20 years because of his desire for fairness.

Jim served in the United States Air Force, taught in our public schools for 22 years, has been the educational advisor for several political candidates and was a candidate for President Trump’s Secretary of Education.

Jim ran for the U. S. Congress in 1998 and in 2000 and spoke openly and often about this tragedy called public schools in America.  The school district did not care for his 1st Amendment rights.

Then he wrote a book called “Public Schools – The Worst Case of Child Abuse in American History,” spent a great deal of time in research, talking with hundreds of teachers, reading books, newspapers, and magazine articles.  The combination of his run and this book gave him a lot of information and also was too much for the school district, and it cost him dearly.

Three months after he found a publisher, he was suspended for allegedly hitting a student.  Despite a video proving he did not touch the student and three teachers standing 5 feet away who also stated nothing happened, he spent 14 months on suspension, many of those months with the possibility of being arrested.

Yes, CCSD went to the DA in an attempt to charge Jim with child abuse; and when that did not work, they attempted to charge him with battery against a minor.  Obviously, the DA did not agree with them.

After 14 months, the week his book was actually released, he was terminated; just a coincidence undoubtedly.  As if the termination was not enough, the reason for the termination was dishonesty and immorality.  Now in researching he could find no other teacher in America who was ever fired for immorality that was not a form of sexual misconduct.

Despite the fact he was totally vindicated eight months later at his arbitration, this termination for immorality will forever hang over his head.  It is not on the record anywhere; however, it is on the World Wide Web for everyone to see.  And how many people really know or hear about the vindication?

By the way, the highly paid CCSD attorney’s closing arguments.  They said, and I quote, “We don’t really have any closing arguments; we feel Mr. Blockey lied to us, and that lie was bad enough to terminate him.”

Yeah that was it.  And by the way Jim’s and his wife, Chemene were in our second year of marriage while all this was taking place.  That kind of makes her a Saint doesn’t it?  She not only stood by Jim; she would fight anyone who would speak negatively about him. 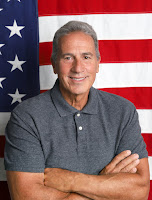 Just some quick points as to why I hope I can be your preferred candidate:
First and foremost, I’m a God loving Christian man. I say this because I think you should know that my faith in Christ guides my decision making, my ethics, and my actions.

I am a Constitutional Conservative; I believe in the core American values of our forefathers, “a day’s wage for a day’s work”.  I will protect our culture, and the Constitutional liberties for of all us Clark County residents.

I am a man that always stands for the singing of our National Anthem, and bows in prayer to our loving God.  Under my watch no one will come for your guns, no one will force masks or vaccines on you, no one will infringe on your right to attend the religious service of your choice.  I will reverse the Sanctuary city policies that have taken over our Police Department, and Clark County residents will always come first.