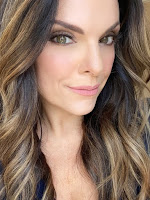 Michelle Mortensen is an 8-time Emmy winning journalist who you likely watched daily on 8 News Now from 2011-2018.

As an anchor and consumer reporter she helped refund Souther Nevadans who had been scammed or ripped off more than $1.7 million dollars.

After a run for Congress in 2018, Michelle and April Becker started GRABET TV, the only digital TV network in the nation that is free to watch and free from all censorship!

Michelle hosts the only statewide political show, State of the State on GRABET TV and hosts all of the network’s  live events.

GRABET is also the home to a variety of sports and news programming.

Born in Israel in 1975, Sigal Chattah immigrated to Nevada with her family when she was 14 years old. Sigal’s father is a retired developer, and her mother is a retired registered nurse. A graduate of Valley High School in Las Vegas and the University of Nevada, Las Vegas. Sigal attended Widener University School of Law in Harrisburg, Pennsylvania.

Upon her return to Nevada, Sigal started her own law firm and has since then combined her love for the law, zealous constitutional advocacy, and extensive pro bono work in the furtherance of justice for all Nevadans. Sigal has sued Governor Sisolak and Aaron Ford on behalf of small businesses during the covid lockdowns and on behalf of parents to unmask our children in school.

Most importantly, Sigal sued Governor Sisolak in Calvary Chapel one Mountain v Sisolak and prevailed in the 9th Circuit U.S. Federal Court of Appeals, forcing Governor Sisolak to allow places of worship to have the same capacities as other businesses.Sigal has been endorsed by law enforcement, Gun Owners of America, and the Nevada GOP.

Patsy Brown, JD, is a go-getter and now the Republican nominee for Clark County Public Administrator.

A mother, community advocate, and business owner, she represents the 5th generation of her family’s entrepreneurs dedicated to public service.

Brown has been a Las Vegas Magic Show Exhibitor semi-annually since 2003 before permanently relocating her family and company to Summerlin.

Prior to pursuing a career in politics, Brown was a Restaurateur in Southern California for over 25 years, operated an international product development firm, and was a Managing Partner at The Law Office of Ellison & Associates all while employing over 600 people worldwide.

Patsy Brown has a history of excellence and holds the public interest very close to heart.