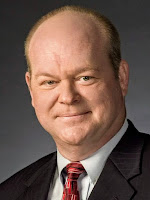 Two years ago, Nevada’s ballot was a little thin: there was no Governor’s race, nor a US Senate race. That’s a lull that only happens every 12 years, though, and this year we will be back to a busier ballot.

Besides the US Senate race, Sun City voters will also decide between reelecting Congresswoman Susie Lee (D) or replacing her with April Becker(R).

As well, the other state executive offices are up for grabs:

For the last two legislative sessions (and four calendar years) we have lived under a Democrat “trifecta” in which both houses of the state legislature and the Governor’s office have been held by Democrats. Senate District 6 and Assembly District 34 are where this plays out in Sun City. We have no Senate election this year because it’s the off-cycle in a four year term.

In our Assembly District 34, Sun City provides more than half of the total vote. Shea Backus (D), who lost re-election to Andy Matthews (R, see the Controller race above) two years ago, is not running again. A spirited Republican primary saw Jacob Deaville (R) chosen as Conservatives’ standard-bearer.

The other spirited primary in Sun City, for the Las Vegas City Council seat that Stavros Anthony is vacating, finished with Sun City resident (and club member) Bob Beers (R) finishing first. Beers has represented Sun City in the Legislature and was a member of the City Council (2012-2017). He will face a general election against the second-place finisher – Frances Allen-Palenske (R), married to a city employee.

Sun City’s County Commissioner will not be on the ballot as it is another four-year term decided two years ago. However, there will be elections for other County executive offices (DA, Recorder, Treasurer, Public Administrator).

Our school district trustee, Lola Brooks, was reelected in 2020 and won’t face voters again until 2024.

As you can see, it’s a busy and important ballot.

Election Results Submitted By: Bob Beers Two years ago, Nevada’s ballot was a little thin: there was no Governor’s race, nor a US Senate rac...